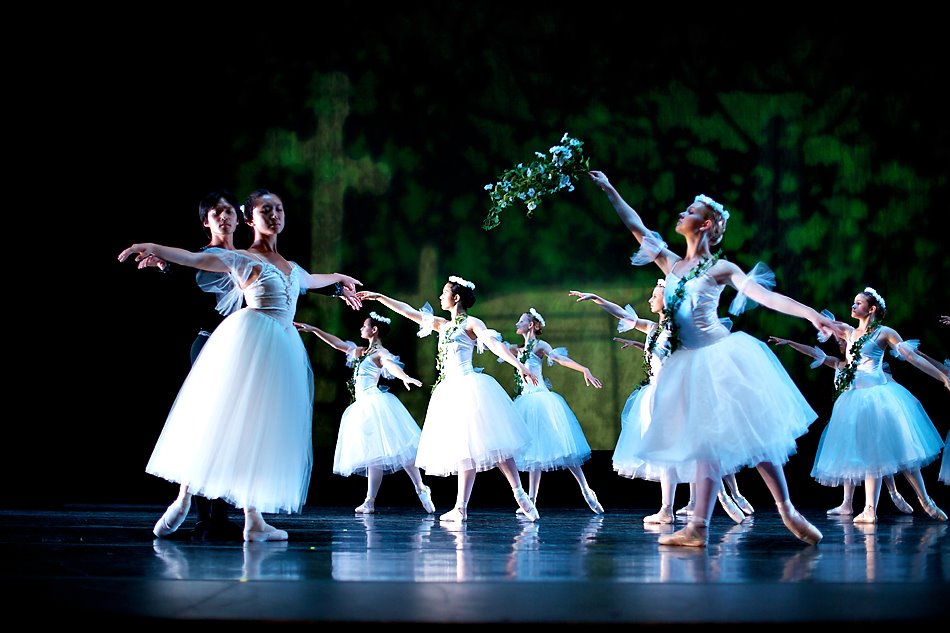 Yukari is a former soloist of the Matsuyama Ballet in Japan, current Director of Valley Performing Arts Council and Fresno Ballet Theatre Artistic Director. Ms. Thiesen worked with the Sacramento Ballet, State Street Ballet of Santa Barbara and Russian Festival Ballet producing The Nutcracker, Snow White & Seven Dwarfs, Cinderella, The Jungle Book, and The Secret Garden. She choreographed for many outreach productions including The Little Match Girl, Snow Queen, Cinderella, Sleeping Beauty, and Swan Lake Act III for over 132,000 grade school students in 25 school districts. She has directed and taught ballet programs for over 600 grade school students at seven elementary school districts. Her choreographic works for other companies include a section for the Sacramento Ballet in The Nutcracker, for Fresno Grand Opera in Merry Widow and producer of the ballet scene in Carmen for FGO.

Yulia Gamboni is a native from Odessa, Ukraine. She was trained in classical Russian Vaganova Ballet method at the Grand Opera and Ballet House in Odessa. She also holds a BA Degree in Liberal Arts and Dance. In 1993 she received a bronze medal and Title of Laureate at the Moscow International Ballet Competition of Ballet Russ. Prior to moving to the United States, Yulia owned and directed her own ballet school in the Ukraine.

Dance Instructor at Roosevelt School of the Arts since 2009, Monica helped to establish the ballet program at Sequoia Middle School from 2015 to 2017. She was a member of Santos Modern Dance Company in San Francisco from 2005 to 2008 and a guest member with the Nevada Ballet Theatre in 2008.

Mr. Hao is a dance professor at Fresno City College. He earned his MFA from UCLA. He was a principal dancer with Guiyang Ballet, China. He graduated from the prestigious Beijing Dance Academy and became a faculty member. Mr. Hao has received awards for excellence in teaching and for outstanding choreography at various dance competitions in China. In 2014, he was invited as a special guest artist by Beijing Dance Academy to attend the fifth International Ballet Competition. He has been a sought after guest artist, a ballet master, a professor and a director at Beijing  Dance Academy, Hong Kong Academy of Performing Arts, Shanghai Normal University, The Yuzhiya International Ballet School in Tokyo, UCLA, Stephens College, University of Missouri-Columbia, Los Angeles Modern Dance and Ballet, Alaska Dance Theatre, Pacific Northwest Ballet, and Arizona Youth Ballet, to name a few.

Kenneth Balint is the Assistant Professor of the Theater Dance Department at California State University, Fresno and has had a professional ballet dancing career before joining the faculty of CSU.

Maria graduated with distinction from the Perm State College of Choreography in Russia, the official school of Perm Ballet, formerly with the Moscow State Theatre Kremlin Ballet. Presently, she is the State Street Ballet of Santa Barbara Ballet Master.

Thiesen is an alumnus of Northwest Studio for Ballet. She was formerly with Ballet Arizona under the direction of Ib Andersen (former principal dancer with New York City Ballet through personal invitation of George Balanchine). Her ballet teachers include Marat Daukayev – Former Artistic Director of the Kirov Academy of Ballet, Meelis Pakri – former Ballet Master of Colorado Ballet, the Royal Ballet School in London and current faculty member of Harrid Conservatory, and Kee Juan Han- former Director of the School of  Ballet Arizona and current Director of School of Washington Ballet. She has performed in Merry Widow and choreographed and performed in Carmen with Fresno Grand Opera. She is an Honor Graduate from UC Davis and MFA from St. Mary’s College, California. She was a lecturer with CSU Fresno, Fresno City College and Clovis Community College until her relocation to San Francisco Bay Area in June 2019.

© 2017 Northwest Studio for Ballet
Back to Top